I asked for the disclosure from Michael Edelson Ottawa Criminal Lawyer as soon as I landed in Canada. He gave me a reason about insurance blah blah blah… I always knew that he was lying to me, but how do I go about prying the disclosure out of Micheal Edelson hands. After going to The Law Society of Ontario on April 15, 2015 I had my property (disclosure) in hand on May 11, 2015. On May 7, 2015 I had a visit from representatives from Bermuda to threaten me, I have that conversation recorded…(OPS Case Number 112135). This recording is in the middle of this page. Their representatives lingered in my neighbourhood for hours after speaking to me, this was the RCMP. The LSUC/LSO whatever they are calling themselves now a days are useless. They allow for human rights violations to be happily carried out by their members. It’s odd how these groups of people think… as long as it’s not in our jurisdiction we do not care, but one of their members were involved in a multiple kidnapping, murder cover up and this “law society” does not protect the public through the experience that I had dealing with them!

All PDF Files will take time to download. Be Patient. It’s well worth the wait!

To Increase the Size of the PDF Files use the X Button on the bottom of Each Application.

To Close the PDF Screen use the X Button to Minimize the Screen.


Letter from the LSO blocking me from Michael Edelson, but at least with this letter, it outlines what happened in the background so I could retrieve my stolen property from the criminal. Lawyer. Michael Edelson 803 KB 2 Pages

Audio of the OPS, on behalf of the RCMP, on behalf of the Bermudian Government came to my home to threaten me. How the hell can an outside actor influence a Canadian police force, to do anything to a Canadian citizen, on Canadian soil without doing their due diligence or a law being broken?? This is where my Canadian Charter of Rights and Freedoms were violated and the evidence that I needed to prove how the Canadian government is working against their own citizens! If my government can not protect or are not willing to protect my fellow Canadian Citizens… then I will!!! Just click play, length of audio 3:27 mins. Oh by the way I have had an active pending law suit against the RCMP since May of 2016.

I have more on the OPS/RCMP…. OPS Audio released on April 4, 2017. Transcript below.

If the audio file isn’t working go to this site. Click here.

Release Dates are in red.

December 8, 2016 – The House of Commons; Public Safety and National Security.

Here is a link to the video archived on CPAC’s website: Link to Video Place the time on the video to 103:53 minutes and continue.

March 13, 2017 – Michel Coulombe, Director of the Canadian Security Intelligence Service (CSIS), and Bob Paulson, Commissioner of the Royal Canadian Mounted Police (RCMP), both announced that they would be stepping down from their posts over the summer of 2017. Link to article.Vice Canada.

April 20, 2017 – Welcome to Canadian “justice” in Hell: CSIS officials and Federal Justice Dept lawyers being taught to tell the truth and share information with courts! Link to blog post. Private.

April 28, 2017 – Spy Agency Abandons Controversial Surveillance Technique. Link to article. Even the NSA is starting to wake up. Fortune.

May 3, 2017 – CSIS used the devices — which pretend to be cell towers — to collect information about phones, both with and without a warrant. Link to article.CBC.

May 4, 2017 – Time to rein in security overreach: Editorial. Link to article.The Toronto Star.

June 8, 2017 – CSIS kept ‘all’ metadata on third parties for a decade, top secret memo says. Link to article. The Toronto Star.
The friends and family plan for spying on Canadians… what a shit show!

September 14, 2017 – Canada’s privacy commissioner says the RCMP has used cellphone tracking technology in a way that was “not lawful” six times. Link to article. CBC.

Question for you all… what did the RCMP/CSIS/Harpers government agreed to during his term as Prime Minister with the other members of the 5 eyes?

March 4, 2020 – RCMP denied using facial recognition technology – then said it had been using it for months. Link to Statement. CBC.

Transcripts of Ottawa Police Service Audio on May 7, 2015


Video of the Ottawa Police Service Illegally arresting Peter Sagos on December 1, 2016 at 10:24am.

This was a Violation of my Section 8 Charter right to be free from unreasonable search and seizure.

Articles of related circumstances equal to my arrest:

1. Windsor Star.
Judge Gage found Irving was illegally “coerced by the state from the safety and privacy of his library into the scrutiny of the officers on the front porch.”
Ontario lawyer blew over the limit, but he beat a drunk driving charge because police arrested him in his doorway.

Transcripts of the illegal arrest video.

I made two complaints to this Ontario Government agency about Officer Anthony Constantini and this was their useless response. I can not make this up…. They refuse to answer me and they dodge me with some bullshit from their act, Section 60(4) was used and that was it, also they stated it’s not in the public interest.

OIPRD joke of a response for constantini complaint


Informants used by the RCMP 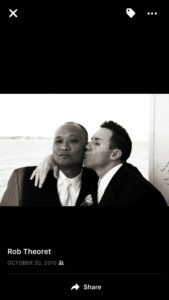 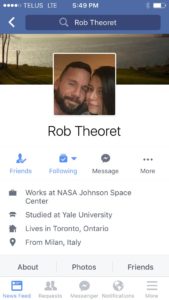 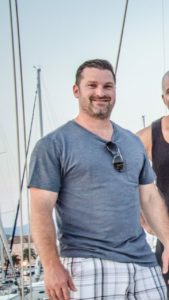 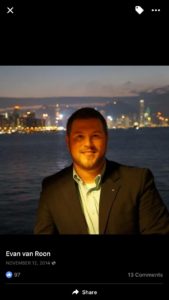 Do not have a picture of this Ottawa police Informant. Yianni Papadolias. On October 22, 2017 between 12:43am to 1:00am, corner of Elgin and Lisgar St. Hey Ottawa police you can not program a convicted criminal with alternative facts and questions and have that criminal jump me on the street while you, the cops drive by in your squad cars… This is called entrapment. I programmed that moron too just like the others before him… Ottawa police, rcmp, csis the problem is you! Do some police work and get the archives with the two police video interviews from bermuda and make sure that they are not forged from shade subair. edelson is bermuda’s dog. Everyone has been outed but the courts in Canada are stalling….I have had a pending law suit on the rcmp since May of 2016. My situation could of been prevented with common sense oversight from judges that would be approving warrants, or if the cops just protected their citizens and forced bermuda to show the evidence, disclosure and court transcripts. For further insult the police never went to the judges to ask for any warrants, basic fundamentals of our laws were breeched and its because of Bill C-51 allowing for fake cases to be imported into Canada without calculating the risks, who was that country… Bermuda has major history in human rights abuses and cover ups.

Links to these articles.
October 30, 2017 – Ontario vows new bail policy will be ‘faster and fairer’.  Link to article. The Toronto Star.

My request for information as replied by the Ottawa Police Service through the Information and Privacy Commissioner of Ontario (ATIP request). This is for the encounter with the Ottawa Police Informant, Yianni Papadolias plus other matters. I have placed an appeal because this is completely unacceptable. They talk about the fear of making premature disclosure of records that may interfere if the matter goes to trail. That is exactly why they should be making disclosure. It seems they are hiding behind some unresponsive aspect that precludes freedom of information. They then quote that the personal information is highly sensitive and impact an individual. Disclosure might damage the reputation of a person referred to in the record. Again, this seems to be the very reason why the matter should be disclosed.

May 7, 2019 response of the police IPC arrest warrant

I had a lawyer ask this fella – Did cindy clarke ever provide you or did you ever see the bermuda trial transcripts of what had happened to Sagos?
His answer was NO
Lawyer Q – So how did you confirm that Sagos ever had an issue in bermuda?
rcmp fella – Well, I mean detective mark clarke told me that he been arrested and spent time in jail.
Lawyer Q – Okay, so it was strictly conversational?
rcmp fella – yes.

Garbage in – Garbage out!

No transcripts from court were ever produced by bermuda. Fake news, hearsay and speculation are the norm here in Canada. This further confirms that Canada does not protect their citizens and actually works against them.

The Ontario crowns office are pushing FRAUD! Further continuing these human rights violations and oh the coverup, straight up judicial corruption. Canada does not follow the rule of law. The Canadian police agencies never went to bermuda to authenticate anything and bermuda refuses to hand anything over dealing with the court transcripts, evidence from the case. I have the disclosure and that proves multiple kidnappings and a murder cover-up.